Giant Su, CEO
The logistics industry has taken to IoT like a duck takes to water, applying the technology across every layer of its operations. However, while transportation companies are eager to benefit from IoT devices, the challenge for them boils down to making a significant investment in the ancillary technologies needed to construct a holistic solution. Just take the example of one of the leading logistics companies that transports fresh food by using smart, self-powered containers. Despite taking precautionary measures to maintain the optimal temperature for the perishables, the company came under fire for delivering rotten food to its customers. The logistics firm had two options: upgrade their entire system and purchase a device for real-time temperature monitoring, or seek the services of Vossic Technology, Taiwan’s resident IoT experts.

"Before investing a lot of money into full-implementation, our clients have the option of verifying if their idea really pans out, through our pilot services"

They chose the latter, and a wise decision it was. Within 90 days of availing Vossic’s professional services, the logistics company resolved the temperature predicament and delivered nothing but fresh and hygienic food to its customers. Vossic, known for its lightning-fast pilot services, examined the client’s devices and identified that poor battery life of the self-powered containers was the root cause for the lack of refrigeration. “Had they not hired our services, they would have undertaken a lot of expenses to upgrade the technology and buy equipment. Such use cases indicate the need for hiring a professional and experienced IoT service provider,” says Giant Su, the CEO of Vossic Technology, while adding that the logistics company represents a large chunk of IoT adopters that often run into roadblocks but can’t pinpoint the source of their problem. “We can not only identify the root of the issue but also develop a solution just for them,” adds Su.

"We can quickly convert a customer’s idea into a design spec and then efficiently release a prototype for their pilot run. We are able to execute all that within three months"

From Idea to Product Launch, in Quick Time

Team Vossic engineers more than just qualitative IoT solutions. It takes a vested interest in the client’s operations and goes the extra yard to provide a one-stop, end-to-end (from client app to the cloud server) solution. “We engage with clients from idea to product launch. We are always by their side,” says Su.

Taking clients through the entire journey of ideation, design spec, pilot prototype, and final product, is a unique capability that Vossic takes pride in. After in-depth discussions with the client, Vossic converts the initial idea into a design spec. Thereafter, Vossic taps into its large pool of partners and vendors to handpick the hardware device, communication protocol, OS, and cloud solution, before delivering its services. During the process, Vossic layers and leverages different kinds of IoT devices, technologies, software applications, cloud-based solutions, and AI, wherever necessary.

It is important to highlight that Vossic works within strict timelines and cannot afford to delay a client’s product launch. To Vossic’s clients, most of whom test market waters and gather feedback before implementing a new solution or service, time-to-market is essential. This is precisely why Vossic offers a pilot prototype, allowing its clients to survey the landscape. 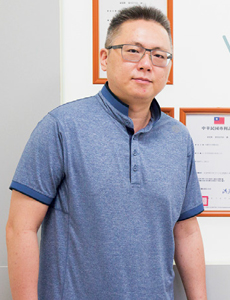 If initial product response calls for modifications, Vossic has to stay on guard and facilitate necessary changes quickly. “Before investing a lot of money into full-implementation, our clients have the option of verifying if their idea really pans out, through our pilot services. They appreciate the lightening speed at which we provide them a prototype.”

Also, since many of Vossic’s clients are leveraging the same technologies and trying to outrace each other to the market, Su’s team is under additional pressure to deliver. Su asserts, “Since our team has decades of experience in various technologies, and thanks to our unique, agile development process, we’re able to greatly reduce time-to-market for our clients.”

The process of fast-tracking time-to-market depends on a lot of factors. Vossic’s secret sauce is the three-headed pillar of an experienced R&D team, an easy-to-implement and hardware-independent platform (VIP), and its long list of resourceful hardware partners. “We can quickly convert a customer’s idea into a design spec and then efficiently release a prototype for their pilot run. We are able to execute all that within three months,” says Su.

Post-implementation, Vossic makes it a point to collect and analyze information such as market response and user-friendliness to further tweak the new product/service. Su continues, “Once a customer decides to go for mass production after the (pilot) evaluation, we will implement the system in full scale and find a price-effective manufacturer for them.”

The Fuel that Drives the Vossic Machine

Vossic’s ability to deliver IoT services at breakneck speed is predicated on a set of “special weapons” that reside in its armory. The IoT service provider banks on a value system that can be summarized as “TCP/IP,” which stands for Team, Client, Partner, and Intellectual Property.

Team: Like any other successful organization, Vossic’s competent and skilled workforce has played an integral role in the IoT consultancy’s success. Vossic’s core R&D members—each one of them possessing an average of 15 years of experience—are former employees of Foxconn, the world’s leading manufacturer of IoT devices, and also Vossic’s biggest investor. During their time at Foxconn, they had firsthand access to the most advanced products (iPhone, Android phones), OS (iOS, Android), and technologies (3G/4G/ cloud, AI, IoT) long before other software developers across the world. This allowed them to hone their craft and develop innovative firmware and applications for said devices at a time when smartphones were in the infancy stage. Owing to their past experiences, Vossic’s developers are advanced and versatile enough to handle any and every IoT-related requirement from clients.

Throughout history, pioneering organizations have adopted an approach wherein innovations and value-added solutions trickle from the top-down. Vossic is no different. Alex Lin, the chairman of Vossic, spent more than 30 years working for organizations such as Tektronix, Hewlett-Packard, and Advantech, bringing with him resourceful connections that have helped Vossic forge partnerships with leading IoT device manufacturers.

We engage with clients from idea to product launch. We are always by their side

Meanwhile, Su has been a computer programmer for a better part of his life. In 1994, he represented Taiwan at the International Collegiate Programming Contest (ICPC) world championships and bagged several awards throughout his foundational years. Su has been involved in the management and business development of software, semiconductors, and AIoT (artificial intelligence of things) for more than 20 years.
Client: The effective combination of a veteran workforce and professional services has helped Vossic acquire global clients such as Panasonic, Reliance, FPT, FarEasTone, Taiwan Mobile, Kbro, Uni-President, Walmart, Wesfarmers, and CP Group. Regardless of the type of industry, Vossic can design one-stop software solutions for market segments such as telecom, retail, logistics, agriculture, and industrial automation.

Partner: As a service enabler and system integrator, Vossic provides turnkey solutions to a global clientele and often works with various IoT devices and cloud providers (Google Cloud, AWS, Microsoft Azure Cloud, Alibaba Cloud). Therefore, the company has developed VIP, a hardware-independent platform that allows Vossic to work on any IoT device under the sun.

“We have built close partnerships with leading IoT devices manufacturers/providers such as Foxconn, Panasonic, Advantech, Axiomtek, Emtek, and SES-imagotag,” says Su, who previously served as the director of Foxconn group. Su continues, “Since each partner brings to the table their niche, strengths, and objectives, we team up with the appropriate partner to meet versatile requirements from customers spread across various industries.”

IP: Over the past seven years, Vossic has developed a lot of expertise on intellectual properties (IP). “We have filed related patents to protect our IP and thereby our leading position in the market,” informs Su, while referring to VIP and Vossic’s other patented technologies.

The IoT enabler is already preparing to pin down the next chapters of its success story. Within the next year, Vossic will triple its IoT installation base and strengthen its pole position in the market. With further plans to expand its international operations, Vossic will invite global VC partners later this year and offer Series A Round investment opportunities. The goal is to serve customers in the U.S., Japan, Oceania and South Asia.

Similar to TSMC’s foundry system enabling scores of design houses to create applications, Vossic plans to use its PaaS model to replicate the same success in AIoT. “We are attempting to simplify the design of AIoT and make the process as efficient as possible, to an extent where the detail of hardware devices, network, AI model, and the cloud is irrelevant,” adds Su. By lowering the barrier of AIoT design, Vossic can effectively facilitate the creation of economical and easy-to-access AIoT solutions. Su delves deeper into the details. “Just like how TSMC provides a design kit to IC design houses, allowing them to focus just on the IC logic instead of worrying about the foundry process, variation, and yield, our goal is to work with leading companies and contribute our VIP architecture to form a defector industrial Paas standard.” Vossic is currently working with a few partners to execute the said model.

The most noteworthy takeaway from Vossic’s value proposition is its willingness to go “above and beyond the standard service offerings” to solve a customer’s problem. While the term “value-added services” has emerged as a buzzword in the business world, Vossic actually has a proven track record of adding value and exceeding a customer’s initial expectations. These traits are evident in the manner in which Vossic implements its pilot services. Su concludes, “A tiny professional input could help our clients curtail costs or their schedule. Our mindset is not to offer just the services that are agreed upon; we strive to exceed a customer’s expectations.”
- Selena James
September 19, 2019
Previous
Next 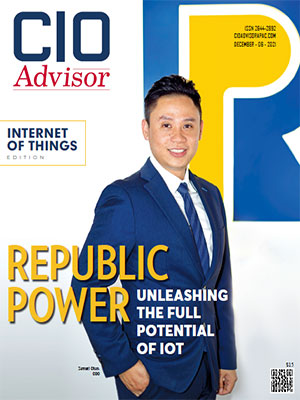